I would have to say my favorite little known piece of software is a vector graphics program called Xara Designer. I have all the Adobe Suite software, even taken college courses in their use (which is a necessity due to their complexity). Xara as a vector program renders on screen faster than Illustrator and shows thing like transparencies and fill effects live on the object as you are adjusting them. Illustrator isn’t fast enough to do that! To be fair there are some selection options in Photoshop that Xara can’t match, but for about 95% of the population (even a vast majority of professionals) it has everything you need. I know Adobe has the graphics industry wrapped around its little finger, but in my opinion especially in terms of usability their products are vastly over-rated. With Xara all the tools you need for the most part are right on the screen. No searching though three levels of tool-boxes and no need to take a college course. O yeah, it doesn’t cost three grand to get started! 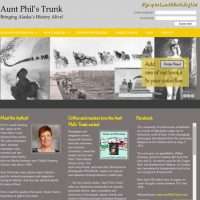 siteurl vs home in Options Table